Check out news, updates, and accomplishments from the pCHilD Lab below! 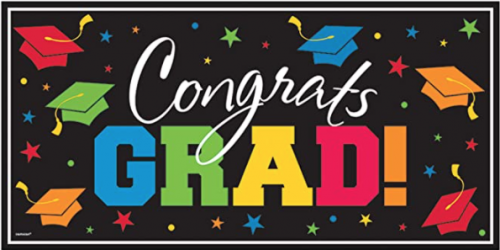 Congratulations to Cady Oberle on earning her M.S. in Child Development! She is currently working as a researcher with Dr. David Yeager on an international project to evaluate the effectiveness of growth mindset interventions in school settings. 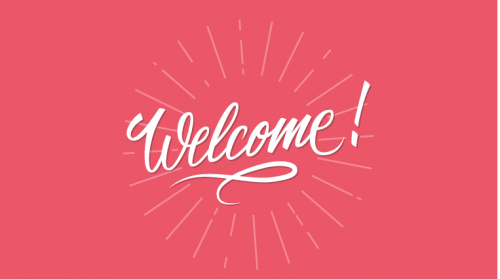 Welcome to Jing Li! Jing is pursuing her PhD in Human Development at UC Davis, working with Dr. Ontai as her primary advisor. She is interested in improving the health outcomes of young children from diverse backgrounds.

Research assistants Alma Sanchez, Shanthal Ferreyra and Ty Brownridge presented a poster at the 2018 UC Davis Undergraduate Research Conference this April 2018. Alma and Shanthal worked together to use Dr. Ontai's MCMT data and test the association between child body mass index and children's diet behaviors with parent restrictive feeding practices. On the other hand, Ty used the PtoP Data to test the association between children's diet quality and antisocial behavior at school. 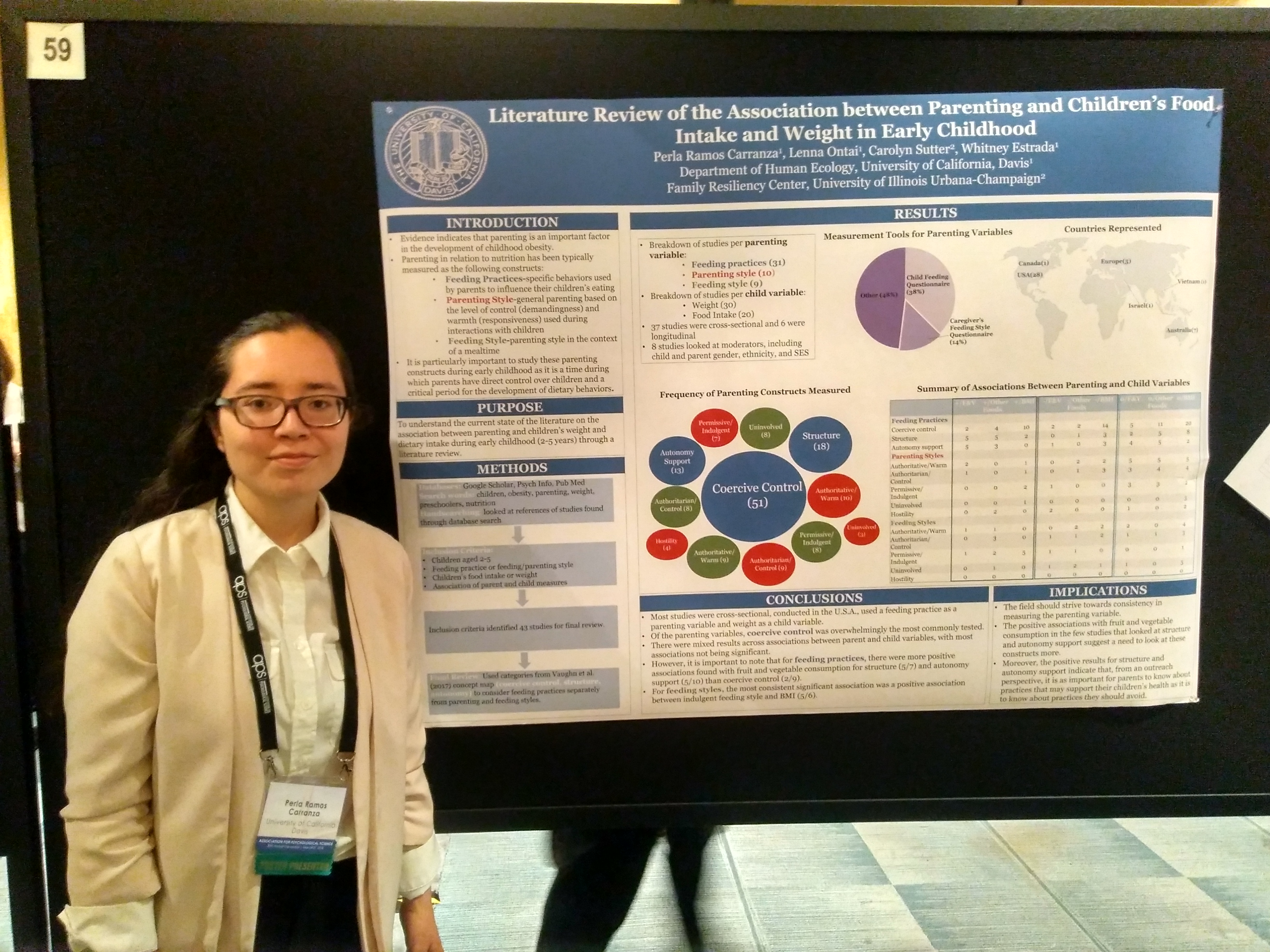 Perla presented a poster on a literature review on the association between parenting and children's food intake and weight at the 2018 Association for Psychological Science conference in San Francisco (May 2018). 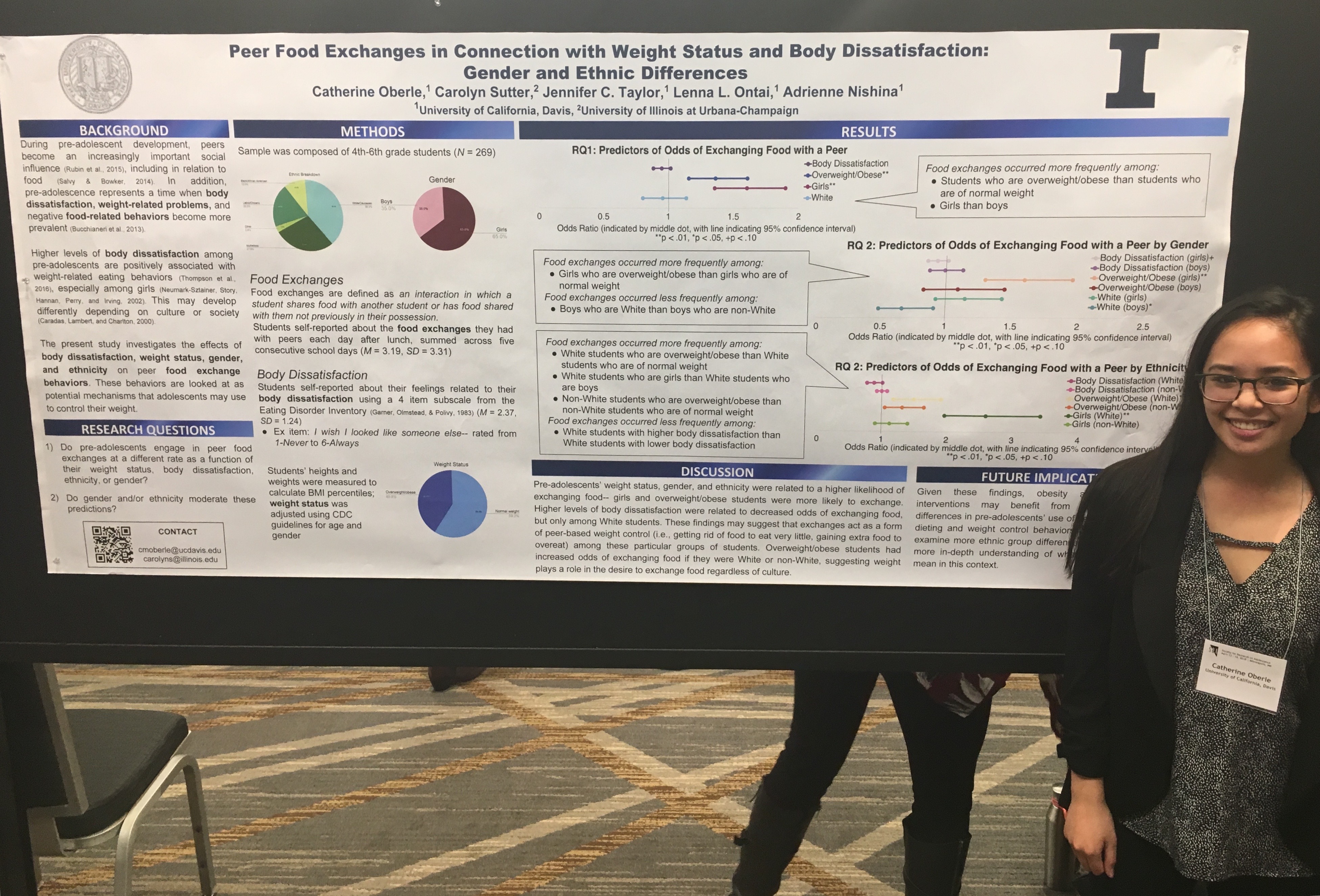 Using data from the PtoP research project, Cady presented a poster about the gender and ethnic differences in the relationship between peer food exchanges and weight status and body dissatisfaction at the 2018 Society for Research on Adolescence conference in Minneapolis, Minnesota (April 2018).

Congratulations to Dr. Carolyn Sutter, Whitney, Kimberly, Stacey, Erica, Kelly, Esther and Perla for their graduation!! Dr. Carolyn Sutter graduated with a PhD in Human Development, while Whitney, Kimberly and Kelly received a B.S. in Clinical Nutrition. On their part, Stacey, Esther and Perla received a B.S. in Human Development and B.S./B.A. in Psychology (June 2017). 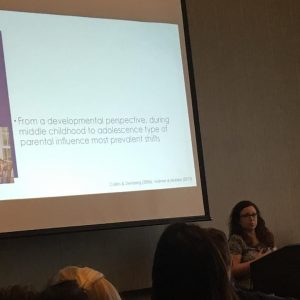 Carolyn Sutter had a presentation at the 2017 Society for Research and Adolescence conference (April 2017). 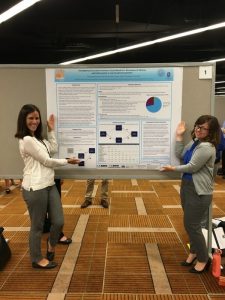 Dr. Ontai and Carolyn Sutter presented a poster at the 2016 Association for Psychological Science conference (May 2016). 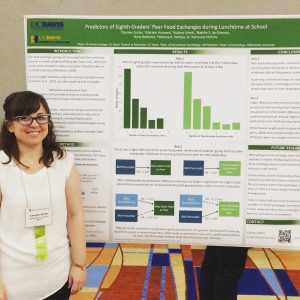 Carolyn Sutter presented a poster at the Society for Research in Adolescence (April 2016). 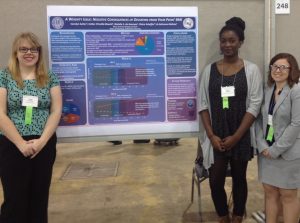 Ester Ebuehi and Carolyn Sutter presented a poster at the Society for  Research and Child Development (April 2015).